The Hungry Chapter is a project that was set up by three extranjeros – from Canada, Lebanon and the UK. What unites us is a love of food and words. Delicious, beautifully presented vegan food, and creative, finely crafted words, to be more precise.

We believe creativity is an essential part of our human experience; a wide and generous concept that comes in many forms. Some take more planning, like a three-course meal or a Petrarchan sonnet, whereas others are quieter, but no less meaningful. Whatever the form, we need it – everyday – to nourish us, body, mind and soul.

On the 25th March, we held our second creative writing workshop in Madrid’s legendary bar – María Pandora. This time we were excited to find ourselves full to capacity. Participants were served delicious Lebanese tapas, the menu itself reading like a poem (spinach fatayer, baba ghanouj, itch, labneh and flat bread) whilst they worked through three different writing exercises focusing on the interweaving of characterisation and plot.

Below are stories written by two of our talented writers, in just two hours – an impressive feat in itself, to say nothing of the quality. More workshops are upcoming, follow us at @TheHungryChapter on Facebook and Instagram for updates. 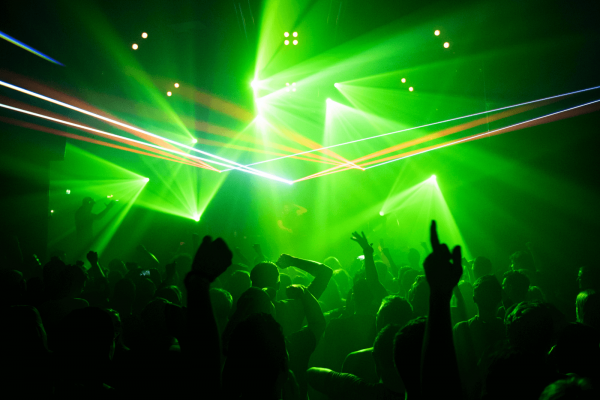 Early that day the weather turned and the snow was melting into dirty water. As a child, I often wished for a white Christmas, but stopped when I learned it could interfere with my nights out. I had planned to meet with my friend Joan to party and get drunk.

The town we lived in was sleepy during the day but at night became the centre of the universe, especially during the holidays. Now that the snow had melted it was guaranteed everyone would be there, and the build-up to nights like these used to drive me crazy with excitement.

Before meeting Joan I dressed myself up nice, put on a jacket and styled my hair as though it had been electrocuted. A brave fashion choice, but I saw it in a magazine, and wanted to do something different.

“Why on earth do you want to go out looking like that for?” my mother asked. I closed my eyes, smiled, and slammed the door in response.

At the clubs I promptly lost Joan and bumped into some old friends from school. We had been ignoring each other on the streets for years, but became best mates again by picking up from where we left off, when we all wore uniforms. We bought each other rounds of drinks until I blinked and it was two o’clock in the morning.

By this point I was alone, and most people had either left or fallen asleep on the street, waiting to be kicked awake. I felt hungry and a bit desperate, so I walked towards the fast-food place, knowing that the sugar and grease would energise the journey home.

I inhaled the smell of vinegar and salt as the fluorescent lights hurt my head a little, and joined the heaving group of folk in a similar disposition as me. I felt observed, aware of the fact I had no friends, and became conscious of my fringe.

In the mirror to my left, I checked my reflection and decided I still looked good. Despite the night of dancing, it remained exactly where I left it. I scratched my moustache, and pulled a face before hearing some giggling behind me. I turned around to see a group of younger boys, staring at me and shaking their heads.

They ignored me and looked away but not before one of them muttered something under his breath.

I said nothing and felt my hands begin to tremble. I imagined rugby tackling the boy through the big window behind him and shoving shards of glass into his face. Although everyone knew nothing of the sort would happen, I couldn’t help myself.

“Whatever,” I said, thinking of the appropriate thing to say, “fucking troglodytes.”

I moved forwards and stood closer to the counter in an attempt to pretend I wanted to read the menu, ignoring the boys discussions over what I had just said. My heart raced as the crowd surged forward as more people entered the joint, and I moved inwards amongst them, as though I put a barricade between myself and the others. To calm my nerves I checked my phone and saw a message from my mother asking where I was. I was about to ring her for a lift when I felt a small explosion next to my right eye, and heard the door slam as the boys fled the shop. My vision went to black and it was in this manner the issue was settled. 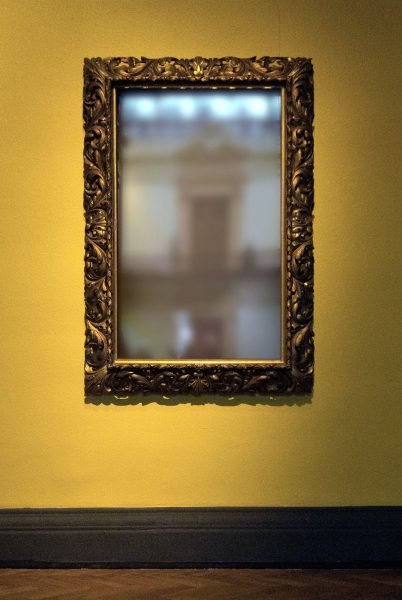 It was difficult to see,

He was tall, yet short. Old and young in the same glance

A face turned in, closed to the public at first, but then open and approachable.

I squinted unto his eyes, he squinted back… scowling.

Who are you? …why are you looking at me. Nada. You look familiar I thought…

The face moved slightly, the body still, the eyes unnerving. I saw myself in in him.

I was looking at my reflection.

As I stood in the theatrically grand hallway, staring into the gold framed mirror – an overpriced portal within reach of the front door and my reflection dressed and ready to leave, with hat, dark glasses and a let’s go attitude.

My feet, my real feet were planted on the plush hallway carpet unable to move… as my reflection danced on the other side of the world.

As my feet slowly melted into paisley swirls I looked around in slow desperation, then I heard it …the knock at the door. Everything stopped. The police? A PR consultant?… press officer?… the press?

Times frozen grip hardened, my reflection softened, and I focused.

People needed me, the paparazzi had in me in their sights and I, the president had no answers for them.

What would my reflection say? You post one naked selfie and your fresh meat.

Could I not live a normal life? Take risks, run free on my own time?

No’ my reflection spoke… ‘you did not get enough likes’.

Earlier that day the weather turned, and the snow was melting into dirty water.

And I fell drunkenly through the back door, gingerly held open by my security team. I heaved myself up the stairs into the press briefing room. I never wanted to by president I said to myself. I would not vote for me. But 17.2 million people did. They deserved the truth, my contempt for politics and the constraints that held me in the decisions I was not permitted to make. 17.2 million people only saw the ‘me’ with make up on and only heard the words I was allowed to speak.

Underneath it all was someone very different – unpolished and real.

I flicked the switch and turned on the studio lights, dropped my trousers and found my marker on the floor to position myself directly in front of the camera lens. Naked and unafraid.

In this manner, the issue was decided.

THE HUNGRY CHARTER ARE:
The food: Vanessa Jacques and Eddy Matta are culinarians who combine their respective French-Canadian and Lebanese backgrounds and interest in plant based food to produce delectable fusion dishes. Vanessa is also a food photographer who creates the impacting images on our Instagram account (@thehungrychapter). Eddy has worked in hospitality in Beirut and makes ‘the best hummous in Spain’ – a self-proclaimed title, but you’ll have to come along and taste it to see if you agree (he thinks you will!).
The words: Jayne Marshall is a fiction and creative non-fiction writer who holds a Master’s in Creative Writing with distinction from Oxford University. She has explored various topics in her stories and essays, such as language and identity, Palestine, and orthodontics. Her work has been published – in English and Spanish – in magazines and anthologies in the UK, Australia, the US, India and Spain. In 2019 she was nominated for the Aesthetica Creative Writing Award. Jayne now works as an editor, but for eight years was Director of a Community Arts Space in Bristol (UK) and in 2019 completed an editorial internship at Creative Nonfiction magazine, based in Pittsburgh (USA).